Earlier this year, PwC published an update to its UK hotels forecast for 2019 and 2020, predicting that a surge in room supply was likely to dampen performance growth over the coming year.

The report also forecast a deceleration in RevPAR growth as a result of economic and political uncertainty, and inbound travel being hampered by potential tourists adopting a ‘wait and see’ attitude to Brexit. 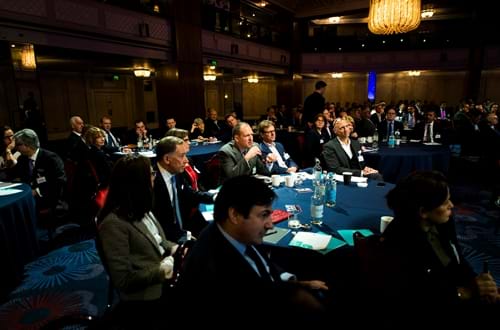 As 2020 approaches, we recap the key findings of the report and what hoteliers can expect in 2020:

London to see relatively resilient growth in ADR and RevPAR

Demand and pricing deceleration to affect the regions

International leisure travel was relatively strong in 2018, in part thanks to a weaker pound, and so far in 2019 this has continued. There is however an emerging ‘wait and see’ attitude among potential inbound visitors to the UK, especially those coming from Europe. More positively, major international events like the ICC Cricket World Cup and Netball World Cup have helped increase international tourism, and the UEFA Euro 2020 football championships are likely to do the same in 2020.

PwC predicts that the high level of hotel development in 2019 and 2020 could dampen performance growth in both London and the regions, potentially exacerbated by weaker domestic and international economic and demand growth.

New supply in London is forecast to have increased by 4% by the end of 2019, which may cause a temporary period of imbalance, which when added to weaker corporate demand and considerable uncertainty could dampen performance for 2020.

There is an expectation for continued inward investment from Europe and the Far East looking for good opportunities and strong returns, especially given relative low value of the pound.  The total deal volume in 2019 will decrease by c.10% to around £6 billion, and a further softening in deal volumes is anticipated in 2020 to c. £5.4 billion.